Beech forests of the Carpathian Mountains were included in the list UNESCO natural heritage along with Baikal lake and Niagara falls. The forests were included in the list during the 31st session of the UNESCO Committee for World Heritage. The conservation area includes 158 square kilometers of forests and looks like an axis, stretching from the Rakhivski mountains (the territory of Ukraine) to Vigorlat and Buhovec Mountains (Slovakian territory).

Those forests seem to come from fairy tales. The high tops of trees closing in above the clouds creating an outstanding atmosphere. All you can see you can compare to a natural temple where beeches-columns hold the roof (sky). The average height of the trees is 30-50 meters. The average age is 300-400 years but there are even older species. There is a theory that this forest has inspired Bram Stoker to create his famous Dracula.

There are four conservation forests in Slovakia: Rozok, Stuzica, Havesova in the Bukovec Mountains, which are all part of Poloniny national park. There is also a Vigorat beech forest, located in the mountains having the same name. This area is protected by the Slovakian government.

The ecosystem of beech forests makes them unique. Its creation started in the Post Ice Age and the forest was never touched by humans because of inaccessibility and the fact that the forest is far from villages. Scientists state that those beech forests covered half of the Earth 2000-3000 years ago. However, due to the climate changes and human activity those forests disappeared. The rest “survived” because of the temperate climate, which is studied currently. 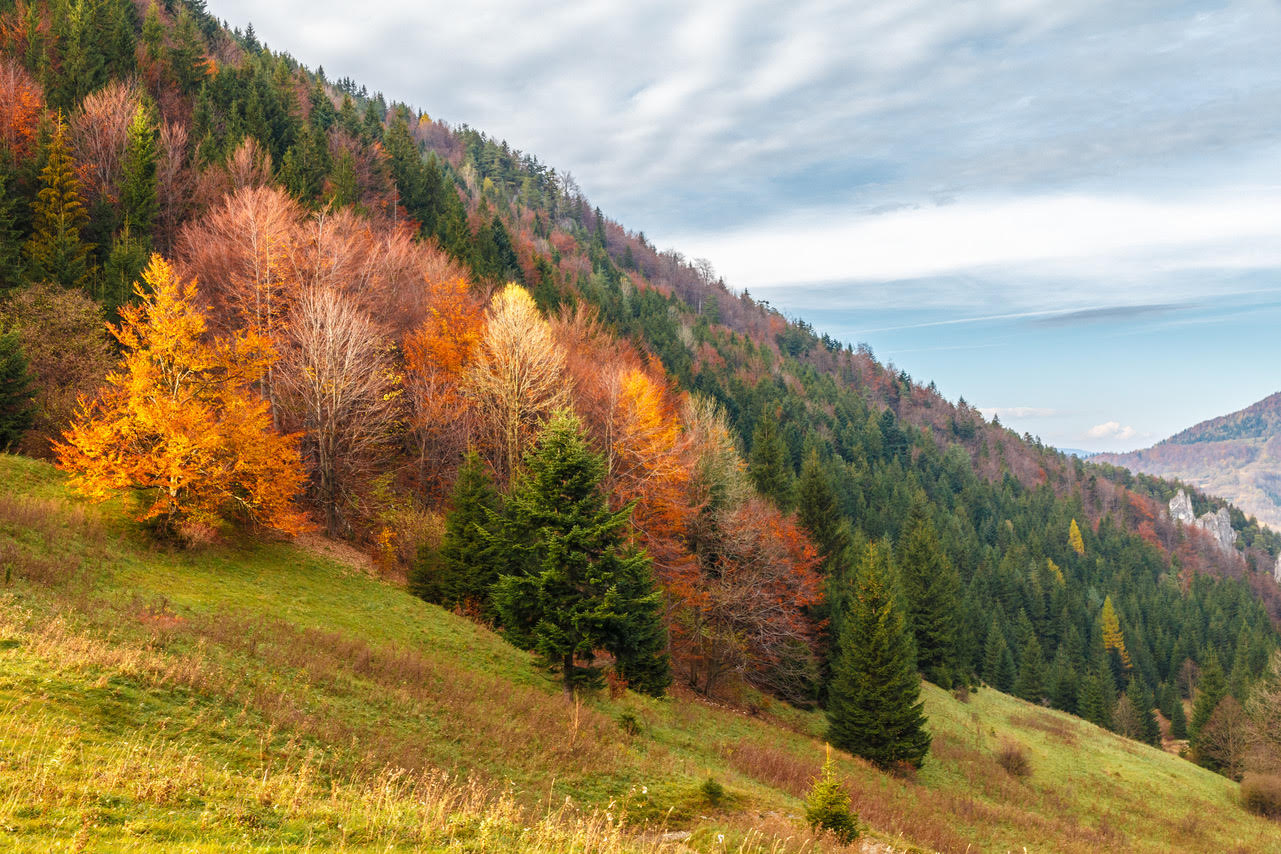 If you came here, you make a time travel. Narrow paths invite you to see the past. The time has stopped here allowing you to enjoy the beauty. A moss carpet covers the surface, old fallen gigantic trees, small mountain rivulets, and a calm! You are allowed to take the tourists routes only as the government protects what nature has done here for thousands of years.

Those forests have exclusive flora and fauna as you can find many endemic species here including rare bugs like Rosalia alpine or Leptura thoracica. They are living in dead beech trees.

In 2015 Kremnica mint has emitted two collection coins. One is made of silver and its face value is 10 EUR, the other is made of gold with the face value equal to 100 EUR. There are beech forests of Slovakia on their obverse and recto. On a silver coin, you can see a linx hiding in a beech tree as well as a couple of fallen beech trunks. As for the golden one, you can see Rosalia alpine there surrounded by Cardamine leaves. There are also other representatives of flora including Snowdrop, Hungarian lilac, English yew and Martagon lily. Bear, lynxes, and bison inhabit those virgin forests.

Beech forests are under the protection of the Slovakian government. Man is close to them already. Poachers cut beech trees to sell them and local inhabitants cut them to use as firewood. Slovakia does its best to protect this virgin nature.