Those celebrities’ parents or grandparents are Slovakians:

Paul Newman (his mother is from Ptis);

John Bon Jovi (his grandmother is from Slovakia);

Ivan Reitman (his parents are from Komarno).

On August 24, 1935, during the construction works on the Hlavna street in Kosice a treasure was gound. It is of big importance for both European and World history. The total weight of the treasure is 11 kilograms. It includes 2920 gold coins, ducats, double ducats, three gold medals and a gold chain from the Renaissance period. All those items were hidden in a modest vessel. There is a unique gold medal for horse riding named after Ferdinand I. This medal was issued in 1541 and was a single gold medal in the world. You can see this item in the Eastern Slovakian museum.

In 2019 another treasure was found in Kosice, which included 500 silver coins of the XV century where Zigmund II was the king. There were also coins from different countries, dozens of ceramic glasses and playing chips.

Zitny island is the biggest river island in Europe with an area of 1885 square kilometers. The length of the island is 84 kilometers while the width is 30 kilometers. Several towns including Dunajska Streda, Kolarovo, Komarno, Samorin, Velki Meder, Dunajska Luzna, and a part of Bratislava. Another interesting fact about this place is that it is huge under terrain reservoir of clean drinking water in Eastern Europe.

This is a unique natural rock located in a Budca village. Certova Skala is a big stone on the edge of a high cliff.

People sometimes confuse Slovakia and Slovenia including those who work on TV and even presidents (George Bush J is a good example). The employees of embassies of both countries have the same problem they are receiving letters addressed to another country. The representatives of both countries have monthly meetings when they exchange the letters sent to wrong addresses.

The unique Cicmany village comprises 136 wooden houses with unique ornaments. All those decorations were made using white lime. Their age is 200 years according to recent researches. This town was mentioned for the first time in 1272.

This is a natural monument which is located in a Krasnohorska cave. It was included in the Guinness World Records book as the highest stalagmite in the world. It is also included in the UNESCO Heritage list.

The basement of Cerveny Kamen castle was built in the middle of the XVI century. They have six levels and are the largest in Europe.

Fact 9 The biggest horse statue in the world

This is one of those outstanding masterpieces that the tourists want to see when they are in Slovakia. It was created by Gabor Miklos Szoke and was made of multiple stainless steel plates. The statue’s height is 8.3 meters and length is 14.6 meters. Its weight is 20 tons. It is looking differently during the day. Tourists like to take a picture with the statue, It is located on the territory of a sports complex in Samorin.

Fact 10 The most precise Astronomical clock in the world

It is located in Stara Bystrica and is in the form of sitting Virgin Mary, patroness of Slovakia. This is the largest wooden building in Slovakia. The clock is manipulated via a computer and the data is taken from three atomic clocks. The accuracy is below 1 second per one million years. 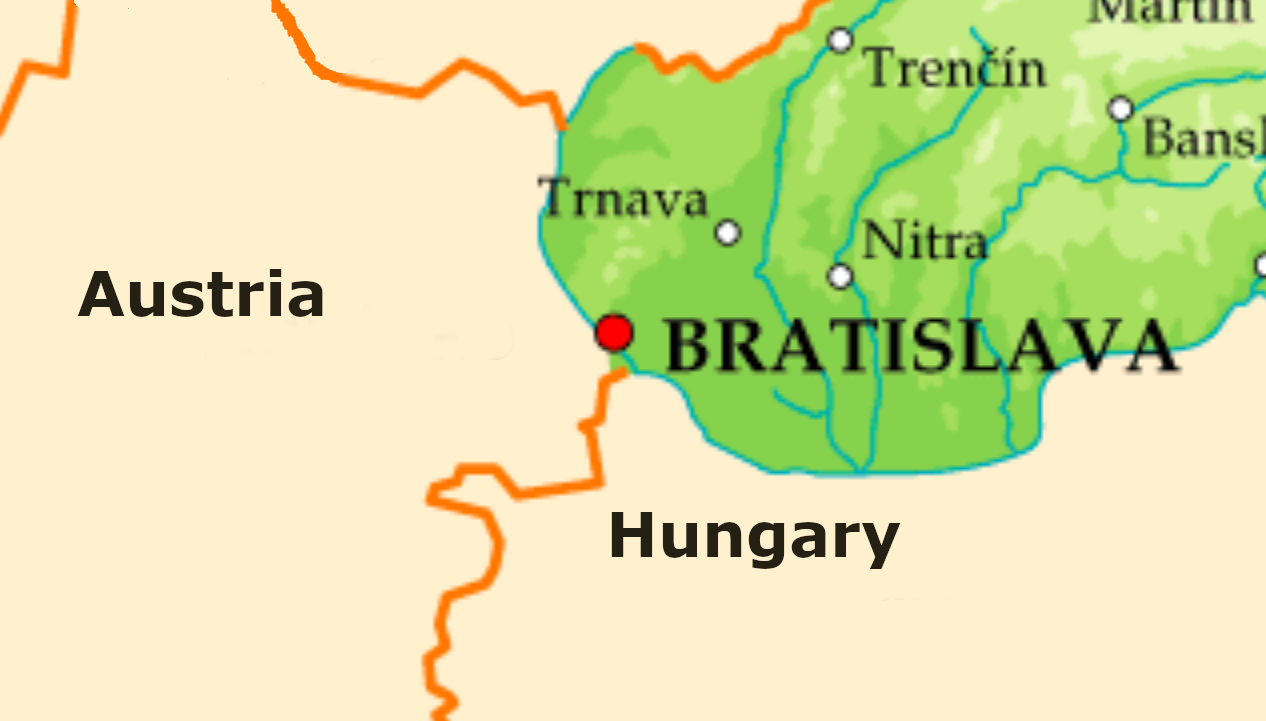 Fact 12 The highest wooden altar in the world

The unique late Gothic altar of the Virgin Mary and Saint Jacob was created in 1508-1517. It is made of lime tree and its dimensions are 18.6 x 6.2 meters. It is located in a Temple of Saint Jacob in Levoca. This altar is included in the UNESCO Heritage list.

Fact 13 one village for two countries

Slemence is a village divided between Slovakia and Ukraine. In 1945 soldiers of the Red Army have established a border in this village between the USSR and the Chechoslovakia through the central street. Some inhabitants’ houses were separated from their well or shed. Three meters hence was constructed in 1947. The inhabitants contacted each other, through letters to each other and sang songs on Hungarian in which they notified their relatives about childbirth, death pf relatives or incoming marriages.

Border guards did not allow the relatives to cross the border, which can be seen in the documentary “Frontier” narrating a sad histoty of a seven years old girl who stood at her grandmother’s house in the moment of separation. Her mother watched her daughter’s life via the barbed wire. She saw her wearing a wedding dress and holding a newborn daughter in her hands. When mother died, this girl could see the coffin from distance only.

Assumption 1 The Center of Europe

There are many symbolic centers of Europe. A granite block was placed in a picturesque place in the suburbs of Kreminicke Banein the central part of Slovakia close to Saint Ioann church. The plate on this block tells that here is the geographic center of Europe. This place is mentioned since the end of the XVII century. This is the oldest center of Europe.